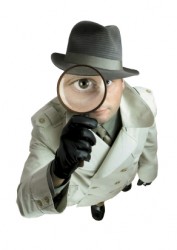 The counterfeit currency problem has been expanding to include the average person trying to print currency from their home printer. While many fake bills are easily spotted as such, the growing sophistication of these criminals are taking a toll on small businesses.

Recently the Connecticut Better Business Bureau was notified of a counterfeit $100 bill in circulation which was created from a $5 legal bill. The technique used by the criminals involved bleaching the legitimate $5 bill and then altering it to look like a $100 bill.

All employees should examine all bills they receive that are $10 and higher. Many counterfeiters start with small bills to test their products knowing most people do not pay attention to small bills.

The Secret Service has offered these methods to help you detect counterfeit bills.

If you suspect that you have received a counterfeit bill the US Treasury offers the following advise and precautions: