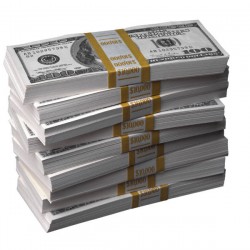 This past year has been hard for banks in turn making it hard for small businesses to get much needed loans. While many banks almost completely shut down their small business lending, Wells Fargo continued lending through SBA (Small Business Administration) programs.

Wells Fargo acquired Wachovia in late 2008. Wachovia was another bank that made many SBA-backed small business loans. Wachovia was fully acquired during the first quarter of 2009. So both banks reported their loans separately through part of the year.

Wells Fargo’s giant lead in business lending is not entirely due to other banks failing. They made a few decisions that kept them on top. First, they do not resell their loans. Second, Wells Fargo focuses on making traditional 7(a) loans, of which a portion are guaranteed by the Small Business Administration, and backed by the government.

If your business will need a loan in the near future, we recommend that you start establishing your business credit now to help you with this process.